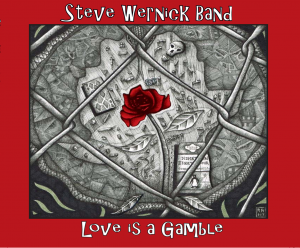 Love is A Gamble cover

Steve Wernick Band has just released their 2nd album, “Love is a Gamble” which is their 1st 12 song full length one, less than 10 months after the success of Talent to Burn.  Available on line and in store at RPM.  Launch party was a massive success on 24th June 2017 at The Gasoline Pony with spill over into RPM until the wee hours! 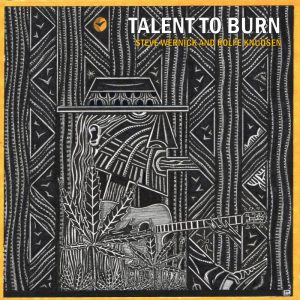 Talent to Burn Mini Album In Store Acoustic performance by Steve Wernick and Rolfe Knudsen was on 26th June at 4 pm at RPM Records, 113 Marrickville Road,  Marrickville, NSW  Look on Youtube for video of the event.

CD Release Party with all the band and supporting acts at the Gasoline Pony was on 9th July 2016 from 7-10 pm,  thanks to everyone who came along and showed your support! We had such a great time! See RPM Facebook page for pics of the gig.

Copies of both CD’s are in stock for shipment overseas or Australia wide from RPM Records, Marrickville, NSW   Also in stock at Egg, Red Eye, Waterfront or Revolve Records.  Call (02) 9569-3465 or email sales@rpmrecords.com.au to order $15 for EP & $25 for full album including domestic shipping.